Sonny Southon is a Singer-songwriter, a Mindset Coach, a Yoga Teacher and starting 2021 she will be hosting ‘The Music Seeds Podcasts’. She is based in her homeland ‘Aotearoa’ New Zealand.

be a seeker of everyday magic 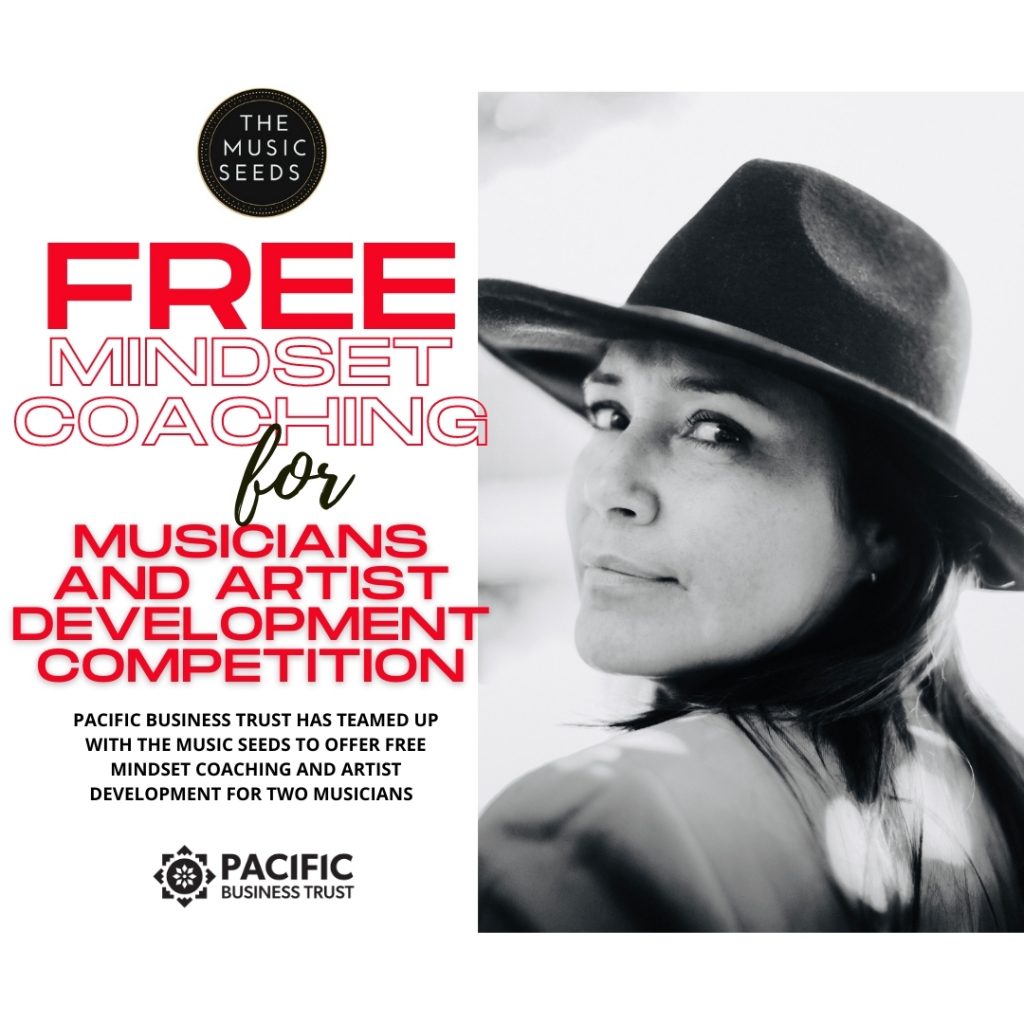 Sonny Southon left New Zealand at 18, after singing alongside her Samoan father in local bands, with a dream to see the world and become a singer/songwriter. It was a leap of faith that would see her travel to London and sing with luminaries as varied as Duran Duran, Bryan Ferry, Matt Bianco and Sir Bob Geldof.  She travelled as a musician to all four corners of the globe setting up homes in London, Los Angeles, Milan and Sydney.

Her favourite memories during that time are Joni Mitchell joining her on stage in LA for a very unexpected jam session, being hired to sing at Jack Nicholson’s birthday party, eating dinner at Bryan Ferry’s castle and playing piano at a Pink Floyd after-show party alongside David Gilmour playing harmonica – to name a few.

She signed her songs to Warner Chappell Publishing UK, recording her first album with Charisma Records (Virgin)  ‘Falling Through A Cloud’ with the help of producer David Kershanbaum (Tracy Chapman/Sheryl Crow), and sold a modest 100,000 records worldwide, following it up with her second album ‘All the Colors’ produced by Jeff Lorber.

Sonny has had a hiatus away from songwriting but recently was lured back to her love and released two singles in 2020 – Demons and No Means No –  indie pop and electronica with hints of soul.  She is an artist drawing from a life of truly unique sensibilities both in and out of the vocal booth.  Sonny’s current focus is as a self releasing Artist, sync’ing her music, licensing her songs to other artists as well as up-skilling as a Mindset Coach and setting up her new initiative The Music Seeds – Mindset Coaching and Artist Development.

×
Update Required To play the media you will need to either update your browser to a recent version or update your Flash plugin.